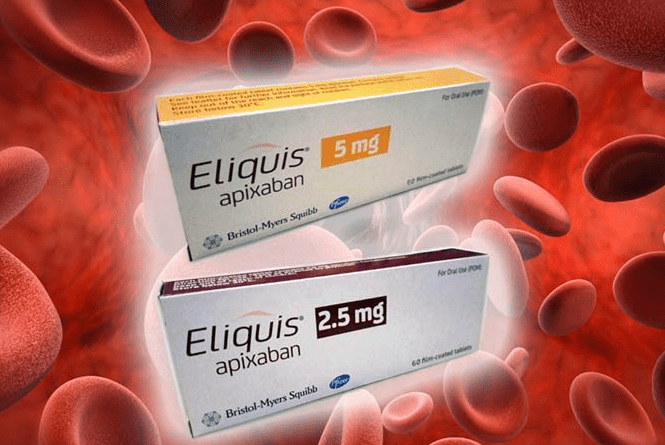 On December 23, 2019, the U.S. Food and Drug Administration approved two applications for the first generics of Eliquis (Apixaban) tablets. Eliquis helps reduce the risk of stroke and systemic embolism in patients with nonvalvular atrial fibrillation.

Eliquis is the brand name of Apixaban, which is a blood thinner. It works by blocking a clotting protein called Factor Xa, which is one of several clotting factors in our blood.

It was originally approved by the FDA in 2012 to be manufactured by Bristol-Myers Squibb and marketed by Pfizer.

Apixaban was the third direct oral anticoagulants – following dabigatran (Pradaxa; Boehringer Ingelheim) in 2010 and rivaroxaban (Xarelto; Bayer/Janssen) in 2011 – to gain approval in the United States. Edoxaban (Savaysa; Daiichi Sankyo) followed by entering the market in 2015.

What does Eliquis Treat?

Apixaban is indicated for the prophylaxis of deep vein thrombosis (DVT), which may lead to pulmonary embolism (PE), in patients who have undergone hip or knee replacement surgery.

Additionally, apixaban is indicated for the treatment of DVT and PE and to reduce the risk of recurring DVT and PE following initial therapy.

Direct oral anticoagulants like Eliquis have largely replaced a drug called Coumadin (warfarin), another anticoagulant that has been used for over 60 years for the treatment of blood clots.

People taking Warfarin have dietary restrictions and must be aware that medications and supplements may interact negatively with warfarin compared to Eliquis. Warfarin also requires regular blood testing to make sure it’s working properly. Whereas patients taking Eliquis do not need repeated blood testing, making the treatment accessible to more people.

Why is Generic Eliquis a Better Alternative?

In short, brand-name Eliquis can be an expensive medication, but it’s potentially safer and requires fewer lifestyle restrictions compared to similar medications.

A cheaper, generic version of Eliquis could mean that people will be able to have easier access to the medication.

Warfarin and Eliquis both raise the risk of bleeding and bruising. However, during research, Eliquis has been shown to have up to a 58% lower risk of bleeding in or around the brain — which can be life-threatening – and takes effect within a couple of hours.

How Much Will Generic Eliquis Cost?

It is unclear at this time how much generic Eliquis will cost in the USA. However, generic medications are typically 80% to 85% cheaper than brand-name medications. Generic Eliquis is available on Cheapomeds.com.

You can find generic Eliquis and Pradaxa on Cheapomeds.com now.